Don't you think it is bizarre that Hitler would have gassed Jews with poison gas?

The Romans gave Jews the Roman sword and their guts landed on their sandals. If Hitler hated Jews so much, why wouldn't he do the same? It's wartime after all.

Why be bloodless and compassionate? Why put the Jews to sleep?

And aren't Jews lucky to receive such treatment? Shouldn't they be thankful that Hitler wasn't as mean as a sword-wielding Roman legion?

Why do Jews object to compassionate gassing of murderous Bolshevik-Jew terrorists and their fellow agitators?

"Take out their families!" said Donald Trump. Yes, why not? What else can you do with them? Put them into work camps, as Hitler did?

Already, we see some odd conflicts.

There are so many technical complications with gassing Jews, particularly, the risk of accidently gassing your own operators, or the surrounding communities, when the gas is vented, that the claim breaks down.

You couldn't reach the through-put of gassing 6 million Jews in a 6 Polish death camps in a 6 year war (666) with Zyklon-B gassing, venting, scrubbing, burning, loading, repeat.

Dirty old occultist Trump always flashes the 666. The Hoax involves 6 million Jews dissappearing in 6 Polish death camps in a 6 year war only to reappear to collect billions in reparations. The Jew never dies, if money is involved.

A much more reasonable claim might be to flood a chamber with water and just drown Jews en masse.

Water can be safely and quickly pumped in and out of a water chamber "shower" room.

They push the claim of a scary gas. Why?

Steam is a gas and venting it poses no problems to operators or the surrounding community.

Regular wood smoke would also work and isn't a hazzard comparable to Zyklon-B.

Of course, putting Jews on trains and shipping them to Germany ("Poland") for mass execution doesn't make sense either. Shipping the same Jews around to multiple "death" camps, which multiple "savoy-va" Jews have reported, is also absurd. Death camps are death camps. Chickens don't survive the slaughterhouse and they aren't shipped around from one slaughterhouse to another.

Even AnneLIES Frank, the one Jew all children are forced to identify with through the psychological ploy of a first-person diary, was in Auschwitz for several months [!]; after which, she and 8000 other Jews were relocated to Bergen-Belsen. That is from wikipedia. What kind of death camp is that?

Is it really a death camp, if you leave?

Is it really a death camp, if you die from Jewish typhus or from a Jewish boycott, famine, and bombing on Germany, instigated, by Jews?

AnneLIES Frank is an example of Jewish friendly-fire.

The WASP-Jew war of genocide on Germany killed more Jews than any concentration camp program ever intended to.

Little things like this cause the WASP-Jew narRATive to break down.

If you wanted to killed Jews, in the least bloodly way, marching them off the side of a 3-story building, or a moveable platform would be the most practical, where they just land in the grave.

You can see that poison gas has to be a mystical matter. Since the WASPs (being a type of Jew) and the Jews (being Jews) are number-worshippers, they need Zyklon-B (Not Zyklon-A or C) to get their numbers.

The absurdity of gassing Jews in a hazardous, time-wasting, labor-wasting, resource-wasting way, in a time of war and deprivation, debunks itself.

The claim of 6 million Jews has been chopped down by the millions under scrutiny, although that hasn't changed what WASP-Jew controllers tell the children in public school brainwash centers.

What's more, the number at Auschwitz has collapsed from 4 million to just one million.

The six million Jew number is no more than 3 million at best; which makes the original accusation more than six times out of line and the today's official number wrong, and off by, twice.

If the real number of deaths by all causes is no more than quarter million, as revisionists tell us, then the original accusation is 80 times out of whack.

Revisionist criticism has already caused the offical number to be revised by three million.

How could revisionsts not be celebrated for their truth-work under enormous pressure from sadistic governments peddling lies of atrocity?

Since those deaths per revisionists are almost all disease, wartime malnutriention, Allied bombings of camps, and regular ajudicated executions, none or nearly none, could be attributed to nepharious gas chambers.

This puts the gassing of Jews in WEAPONS OF MASS DESTRUCTION territory; meaning there was no holocaust of Jews. They fled by the millions to the US and Israel, or Britain, and escaped the worse war in history all together, and took up comfortable jobs in US academia (Einstein), Wall Street (George Soros), or Hollywood (Roman Polanski), thanks to Jew-loving WASPs.

Now the country can enjoy gay marriage, transexual children, and Jewish efforts to legalize pedophilia; but as Kermit the Frog would say... 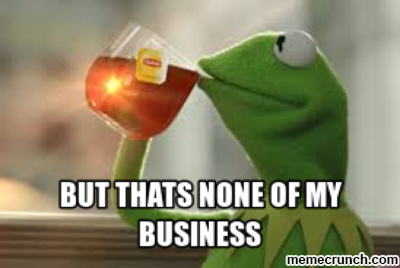 In fact, all the communist Jews of the Frankfurt School died in post-war Germany. Isn't that absurd? If the holocaust really happened to Jews would you want to go back? How could you feel safe, especially, if you are a paranoid Jew, as it is? Idiot Weasel also fled with the Nazis to avoid the Soviets, and that Jewish piece of shit milked a dishonorable WASP-protected lie to his grave.

If the hoax story breaks down under rational scrutiny (millions of survivors), with a financial interest in the scam (reparations), where they are trying to hit special numbers (666/33), and there is an alternative explanation for the presence of Zyklon-B (delousng the filthy Jews, so they don't die of typhus, before their labor can be used in the war effort to destroy Bolshevik-Jew communism); and if the story serves an alterior purpose (to shift attention from the genocial British firebombing of German women and children, which is a holocaust, to demonizing Germans for fictious disappearance of Jewish sacred cows; and using that claim to force Germans to subsidize the British colony of Israel), then you have all what you need to call the hoax a hoax.

No ashes. No holocaust.

No bones. No holocaust.

No drop in Jewish world population. No holocaust.

You have all that you need to call the hoax a hoax.

...but do you have the courage?

Is America the World Economic Parasite?